Which car will win the 1 lap race?

Wondering where this image was taken in the world? Here’s the description from Daily Overview:

The Nardò Ring is a high speed, 7.8 mile long, circular test track in Nardò, Italy. Each of the ring’s four lanes has a determined “neutral speed” and is banked in such a manner that one can drive as if the road were straight.

What information would be useful to figure this out?

The students need to know the distance around the track. I gave the diameter so that they have to do a little work to get there. 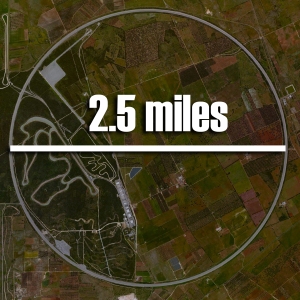 The kids also need to know how much of a head start the Honda has. There are different ways to go about this, but I thought it would be neat to use Desmos to have them find the central angle that is formed by connecting the two cars. 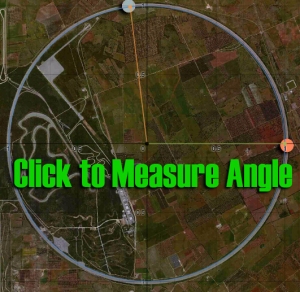 Here is a quick screencast to show what it will look like (thanks to Robert Kaplinsky for the suggestion).


Finally, the students need to know the speed of the two cars. The speeds assume that there is no acceleration, and the cars immediately go 80 or 60 mph. 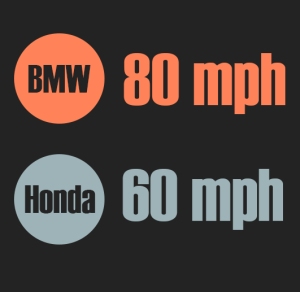 Ryan Sonognini had a great idea to use this task as a systems of equations problem. He thought it would be neat to ask the kids when the orange car will pass the blue car. So, if you’d like to take this lesson in that direction, here is a different Act 3 video you can use.

What would happen if the Honda had a 90 degree head start?

What would happen if the diameter of the track was 3 miles wide?

This work is licensed under a Creative Commons Attribution-NonCommercial-ShareAlike 4.0 International License.