3. What information would be useful to figure this out?
4. Write down some questions you have in your head right now.

If you’re using this task in Geometry, it can be applied to finding the distance between points in a plane. Play the following video to reveal the coordinates of the center of the moon at various times. Students can use the coordinates to calculate distances and use time markers to determine the answer using proportional reasoning.

If you’re using this task in middle school, print out the following image for students to measure distances with a ruler. Again, they will use these measures along with time markers to determine the answer using proportional reasoning. 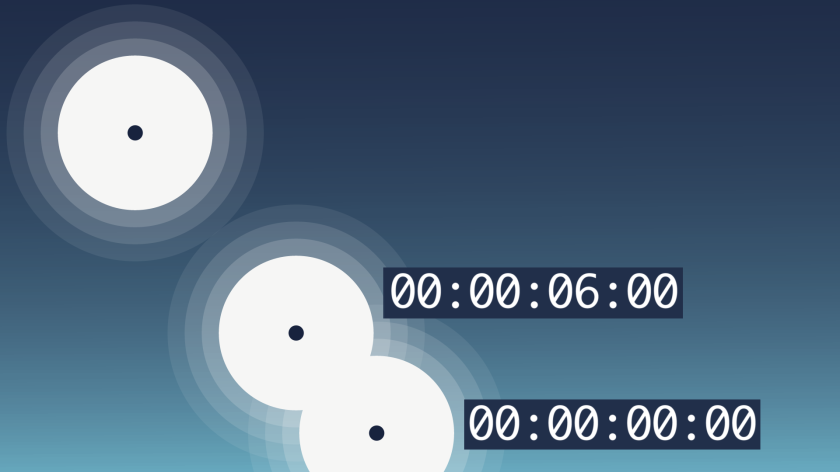 Finally, if paper isn’t ideal, here is the link to a Geogebra applet for students to measure distances. Direct students to drag the green point in order to determine the distances between moon positions.

5. What would the coordinates of the final moon position be if it rose another 6 seconds?

Common Core Standards
HSG.GPE.B.7
Use coordinates to compute perimeters of polygons and areas of triangles and rectangles, e.g., using the distance formula.
7.RP.A.2
Recognize and represent proportional relationships between quantities.
TEKS
G.2(B)
derive and use the distance, slope, and midpoint formulas to verify geometric relationships, including congruence of segments and parallelism or perpendicularity of pairs of lines
7.4(D)
solve problems involving ratios, rates, and percents, including multi-step problems involving percent increase and percent decrease, and financial literacy problems